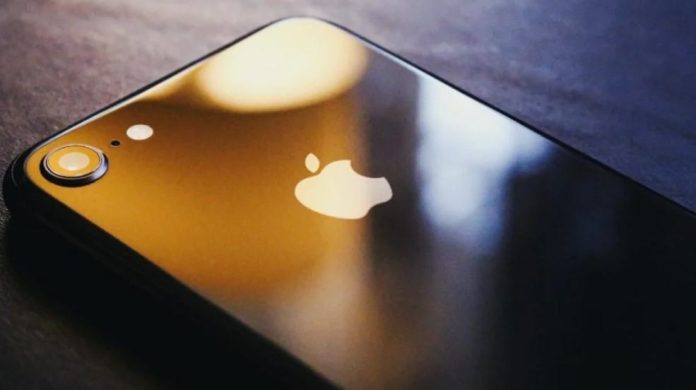 There are a number of options and features that help protect user privacy on the iPhone. You can set up Wi-Fi networks with private MAC addresses, stop apps from following you, and get notified when the clipboard is accessed, among other things.

Did you ever wonder “What is this orange dot on my iPhone”? It’s not just you. Depending on what apps you use, you might see it quite frequently – and it’s one you wouldn’t want to ignore.

Apple has added new privacy transparency features to iOS 14 and later (including iOS 15), which allow users to know when an app is currently or recently accessing their microphone or camera.

The most prominent of these options are the orange and green status menu dots that light up when your device’s microphone or camera is being used by a native or third-party app. Apps cannot listen in or spy on you without your knowledge if you have either of these indicators enabled. In some cases, however, the status bar may show up with these dots, but they won’t vanish. However, In this article, we show you how to get rid of the orange dot on iPhone.

Why is there an orange dot on my iPhone?

In the upper right corner of their screen when using certain apps, users started to notice an orange or green dot after Apple’s most recent update. There were some users who were concerned about this dot, wondering if it indicated a privacy breach. 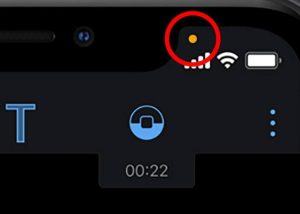 In order to help users better understand when apps have access to their microphones and camera, Apple implemented these safety features. This was most likely done in an attempt by the company to be more transparent in the face of increasing tension between users and large tech companies.

Although the dots don’t let you know what app is using the camera or microphone, they’re worth noting if the dots appear even when you’re not using an app that would normally require access to these things. In spite of that, the dot does not necessarily indicate that the app you’re using has access to the microphone or camera, and it may simply indicate that another app is using them in the background. You can learn how to get rid of the orange dot on your iPhone by reading this article.

How to get rid of orange dot on iPhone?

Orange dots on iPhones are built-in privacy features from Apple that can’t be turned off. However, you can reduce their appearance by using the following methods.

You cannot use some apps on the iPhone without allowing them to access your camera, like the camera app. You can change your privacy settings to restrict the access of other apps if you are worried they may access your camera or microphone.

Trying Force Restarting your iPhone may fix the problem if method 1 did not work. Here’s how to force restart an iPhone of a different model:

iPhone 7 or iPhone 7 Plus

Still unable to get rid of the orange dot on iPhone?Try Tenorshare ReiBoot

Using Tenorshare ReiBoot for your iPhone may help you fix it if the above methods do not work. This is an iOS system recovery program, developed by Tenorshare. It supports all iOS devices and versions including iOS 15.1. There are two models of Tenorshare ReiBoot, Standard Repair, and Deep Repair. As long as you don’t lose data, you can recover your iPhone using the Standard Repair, which is why I recommend it.

1. Is the orange dot a sign that someone is listening?

The green camera dot appears when both cameras are in use. To find out if you’re being watched or heard by your iPhone, simply glance at the upper-right corner. There should be a small green or orange dot on your camera or microphone.

3. Why does the iPhone have an orange dot?

4. Why does my iPhone have an orange light at the top?

A light that is orange means what? As part of the new privacy features in iOS 14, the orange light was introduced. Your monitor’s orange light is actually an indication that a recording is in progress. If you are recording a voice note or using Siri, the light will come on whenever an app is using your microphone.