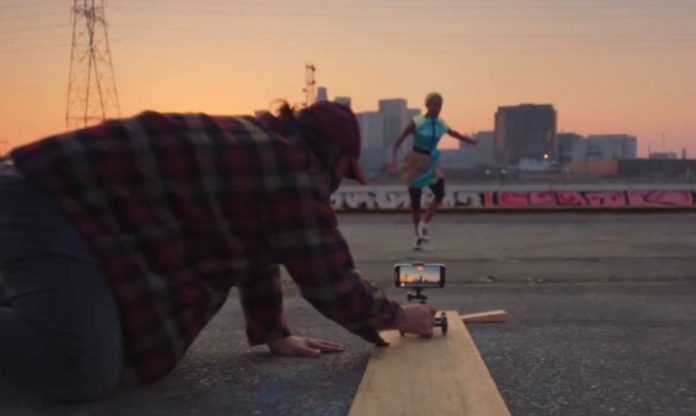 With new iPhones and iPods, Apple provides its iMovie application for free. Besides making home videos, you can automatically combine multiple clips, animate images, add transitions, apply a soundtrack, and use other effects.

The Photos application can be used for trimming videos or cutting out clips. In any case, iMovie is what you’ll need for complicated projects.

There are many iPhone users who have wondered how to make a movie on their iPhones. A better time has never existed to make a movie with an iPhone. Among the advantages of iPhones for filmmakers are their portability and ease of use, but they also have some disadvantages.

Since the introduction of the iPhone, its capabilities have increased considerably. Apple seems to outdo itself every year, both in hardware and software upgrades. Recently, smartphone camera upgrades have gotten a lot of attention, and the iPhone is no exception. With the new iPhone 12 Pro and iPhone 12 Pro Max, three lenses are integrated into the camera. It looks as if the videos were shot on three times as expensive and sized cameras with these lenses and true optical zoom. However, how do you record an iPhone movie? In this article, we discuss how to make a movie on iPhone.

Which kind of movie can you make?

iOS devices are capable of shooting pretty much any type of video. But it’s best to keep the film simple and short if you’re shooting and editing on your phone. With a phone or tablet, it’s difficult to manage a long, complicated movie.

Here are some tips before you get started

Let us run through some tips you should consider before deciding how to film your movie.

Edit on a computer 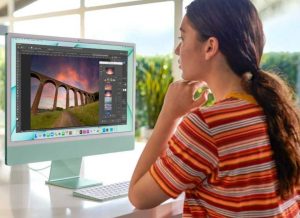 Your iPhone or iPad can be used to take and edit photos. It is possible to shoot on iPhone and edit on iPad. This is useful when editing on the go. Editing apps for computers, however, are far more capable than their mobile counterparts. With iMovie, you can do much more with the desktop version than with the iOS version, especially if you have a Mac.

You’ll need a lot of light

Small sensors are used in phone cameras. When the light is low, or the contrast is high, they don’t look very good. Therefore, you need to film in a location with plenty of light and without too much contrast. Use reflectors to reduce the contrast, or shoot away from the light. You can put your phone in a case and mount a small light on it if you have to shoot in low light.

Make sure the sound is right

Mobile devices also have tiny microphones, which is another big drawback. Better audio can be achieved in three ways: bypass live sound, use the built-in mic more effectively or use a separate microphone.

Images shot in horizontal (‘landscape’) mode look terrible when shaky. Alternatively, you can use a more solid clamp like the Shoulderpod, or the Joby M-Pod. It’s important to hold your phone steady (resting your upper arms against your body and being relaxed will help). Electronic stabilizers can make a significant difference if you can afford them.

How To Make A Movie On iPhone? 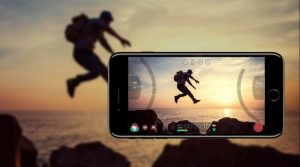 It’s time for us to get started shooting the film now that we have all the equipment. Here’s are these steps.

A plan is essential to all good films. Tell me, what are you trying to convey to your audience? To whom are you speaking? All of these are important things to consider.

You could begin by creating a mind map, talking about characters, themes, and locations in your film. Once you have a shot list or storyboard, it will be worth your while. It is also possible to write a script. Take enough pictures so that your story stands out.

Always make sure your settings are set correctly and you select the best recording quality before you shoot. The best quality image will be obtained by shooting in 4k. The editing process will also be more flexible with a higher resolution.

Furthermore, turning off your phone and putting it in airplane mode is worthwhile. The result will be fewer distractions and you will be more focused on what you’re doing.

Make sure your camera is set to video mode instead of photo mode. Attach any additional attachments to your tripod after you set up your camera. That could include an additional lens or microphone.

Then you’re ready to go! I hope you double-checked everything!

Check out the sound

We’ve mentioned previously that you’ll be able to record good sound if the iPhone is close to the sound source. A microphone external to the camera will require you to shoot close-ups. Playback a short video clip (preferably on headphones) after filming. You will be able to hear how your film will sound and make any adjustments you may need here.

Frame and camera position should be checked

Be sure your background is not distracting when you adjust your frame. Check to make sure that the shot is actually a close-up if it is supposed to be one.

Try to film away from any light if you are using an iPhone to capture your film. Lock your exposure before you start filming. When you want to lock the exposure, touch the important part of the image and hold it until you see AE/AF lock appear. Then, if necessary, adjust the slider to the right of the box in order to brighten or darken the image.

Get your shot on film

To start filming, touch the red button once your framing is sorted. You’ll see that it turns into a square as you record. A minimum of ten seconds of each video clip, or five seconds before and after any action, is recommended.

The red button must be pressed again to stop filming. In the bottom right corner of the camera, when it is paused, you can view your clips by pressing the picture icon.

Make sure nothing is deleted unless you can be sure it’s unusable.

When necessary, you can use slow-motion to add effects, emphasize things or analyze fast actions, such as a sports technique, in your short film. In low light, though, you might want to take into account that it needs rapid shutter speeds to work well.

With Time Lapse, you can bring life to static scenes as well as create moving clouds or cityscapes. Keeping your device still on a tripod is essential to achieving a pleasing timelapse.

After you’ve collected all your photos, it’s time to edit! It is a good idea to organize your clips into albums before editing with the Photos app. Your device will then make it easier for you to find video clips on it, especially if you have tons of them.

Don’t call your iMovie project ‘My Movie 1, My Movie 12’. Rename the project to prevent confusion. No matter how you plan to use your movie, export the full-quality version.

We suggest that you don’t delete any clips or other media until you’ve exported your movies and finished editing. There will be no loss of footage.

1. How can I turn my iPhone photos into a movie?

Make your own memories. You can also tap Months or Days in the Library tab. To play a memory movie, tap More, then Tap Play Memory Movie. Click the More button after the movie starts playing. After the movie has finished playing, tap Add to Favorites.

2. Can the iPhone make movies?

There’s never been a better time to make it in the movies, regardless of whether you’re on an iPhone, iPad, or Mac. You can add clips, titles, and music accordingly. With a 4K video, you can create stunning cinematic films with iMovie. There you have it, everyone.

3. Is iMovie only available for Apple devices?

Using iMovie on your iPhone or iPad lets you create your own movies using any pictures, videos, and music you like. Android users, however, cannot use the app.

Contents hide
Which kind of movie can you make?
Here are some tips before you get started
Edit on a computer
You’ll need a lot of light
Make sure the sound is right
Hold it still
How To Make A Movie On iPhone?
Make a Film Plan
Prepare to shoot
Check out the sound
Frame and camera position should be checked
Exposure
Get your shot on film
Applying effects
Editing
Some Frequently Asked Questions By Users
1. How can I turn my iPhone photos into a movie?
2. Can the iPhone make movies?
3. Is iMovie only available for Apple devices?
You can also read