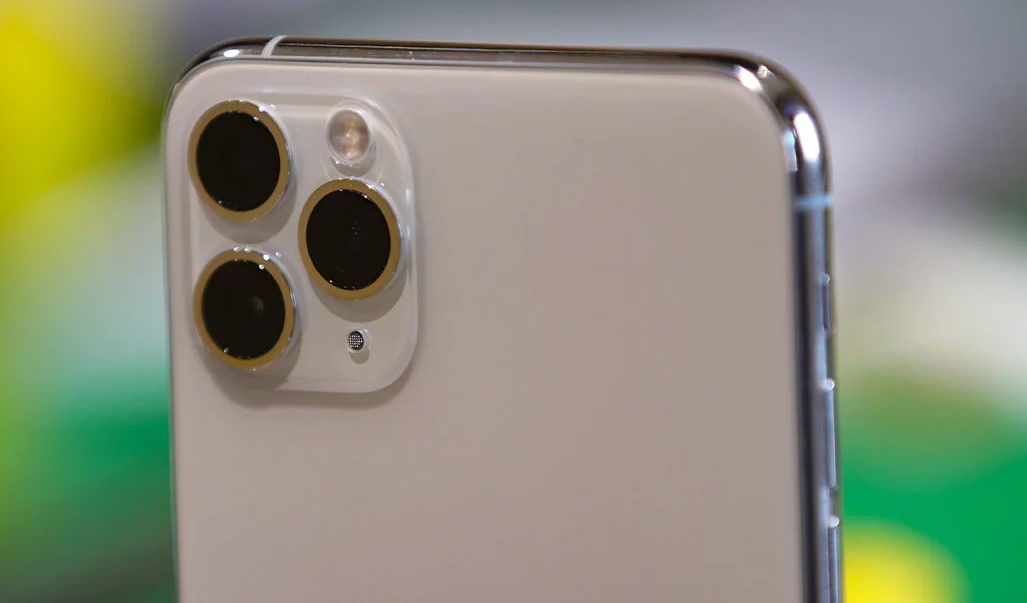 Professionals use it to communicate a certain execution, training, or method in the office. Gamers use such applications for training and sharing their achievements in gaming.

Teachers record their training to share with their students. So for much daily life usage, we have to record screens for any purpose. The question is that “how to screen record on iPhone 11 pro?” To get the answer below are the points that help you in resolving the screen recording issues.

Before you can record the screen on your iPhone, you need to turn on or set up the screen record feature. To use the new features of iOS 14, you’ll need to have iOS 14 on your device including your iPhone X, iPhone XR, iPhone XS or XS Max, iPhone. The following instructions will enable you to record video on your iPhone.

Navigate to “Settings” and open “Control Center”. Next tap “Customize Controls.” If the “Access Within Apps” switch is not enabled (green), tap to enable it. 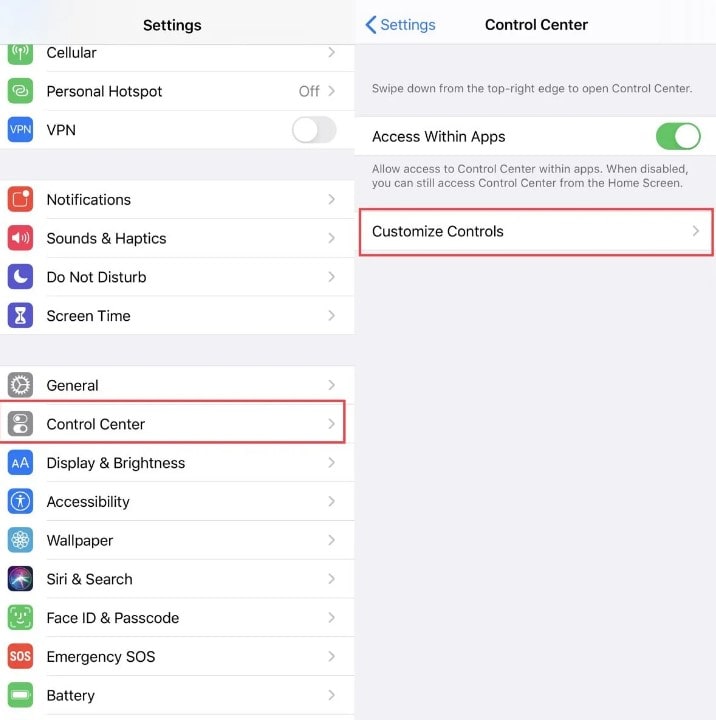 You will now find the “Screen Recording” option on the left, and a plus(+) sign will soon appear next to it. The section “Include” now contains the screen recording. 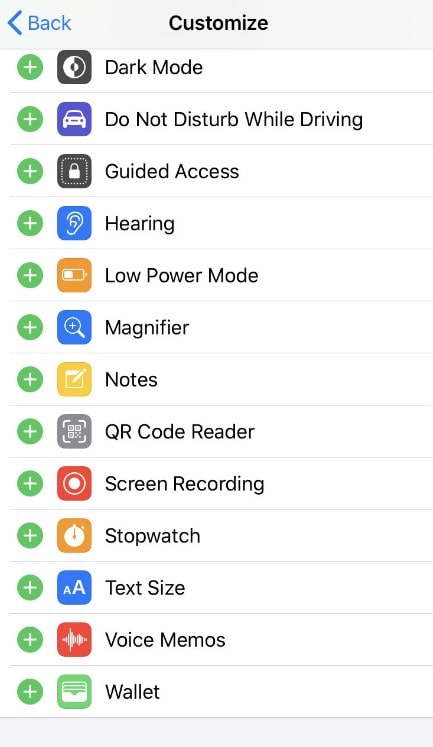 Note: You can always disable this function by returning to the “Include” screen and tapping the red minus sign next to it.

You can record your iPhone’s screen very easily after you enable the screen record feature. You can record a video on any iPhone X, XR, 11, and 12 variant by following the following steps:

Swipe down on the iPhone control center to open it and tap the “Screen Record” icon.

Tip: You can unlock the iPhone 11 (and other iPhone 11 models) from the lock screen or while unlocked.

Wait for the recording to begin for 3 seconds. Done. We will now record everything you do on your screen.

Tip: It is recommended that you switch to Do Not Disturb mode before recording your screen. This can be done by going to your iPhone control center and tapping the half-moon. 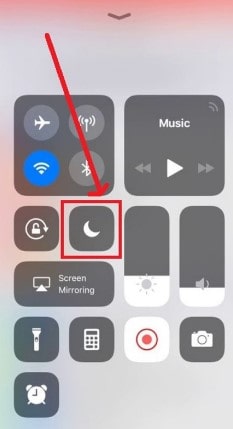 Whenever you play a sound on your iPhone, the recording process automatically records it. You can learn how to remove unwanted sounds from videos by reading our guide.

You might have an older version of iOS if you’re recording a screen on an older iPhone. If you have an iPhone SE, iPhone 6 or 6s, iPhone 7 or iPhone 8, here’s how you can record your screen.

The recording will begin after 3 seconds. You’re done. The screen will be recorded now.

If you want to stop recording, tap the red status bar at the top of your screen. Your recorded video will be saved to your photos as soon as you press “Stop.” To view the video, simply tap the notification. You can also open the Control Center and tap the record button again to stop recording. 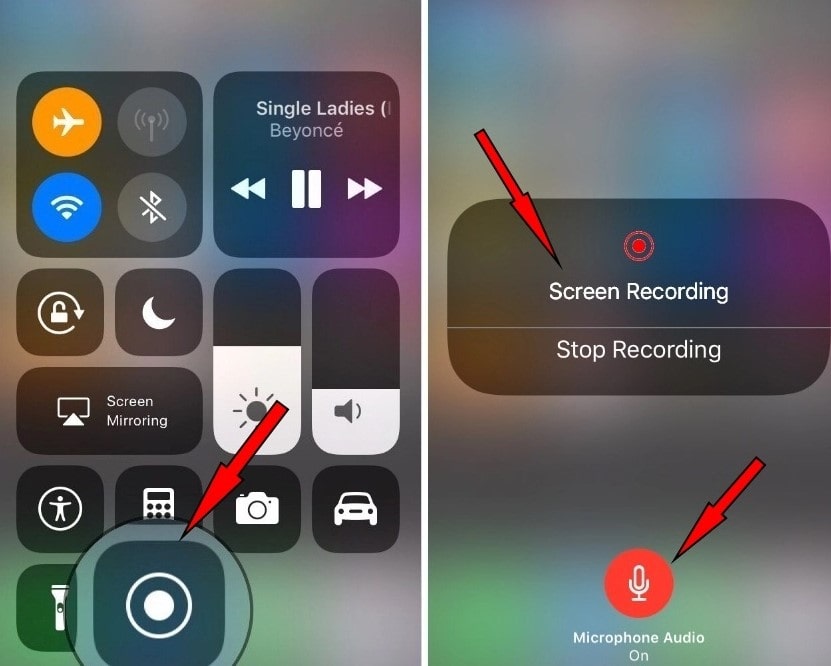 Note: For better screen recording and other features, make sure you have the latest iOS version.

4. How To Screen Record With Sound On Your iPhone?

When you record your screen, audio from your iPhone will be recorded by default. With one simple setting, you can add a voice-over or narration to your recording. An iPhone screen recording tutorial is examined in this article.

Open the control center on your iPhone (or iPad if your iOS version is higher) by swiping down (or up, depending on your device) and long-pressing “Screen Record”. 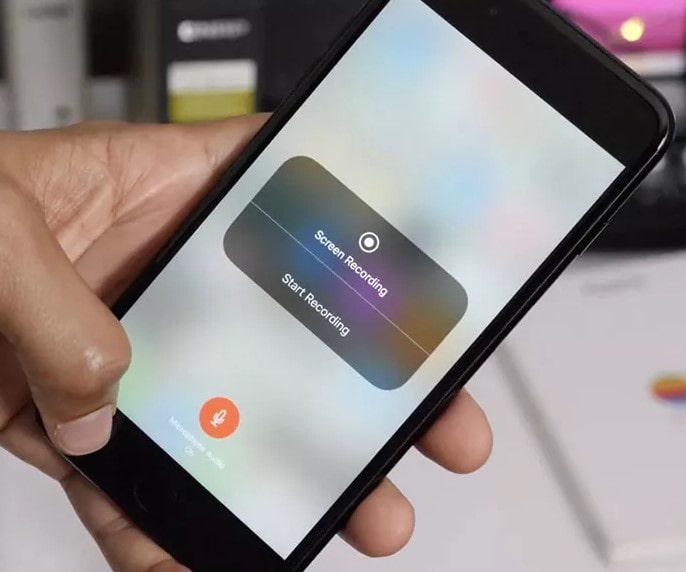 The screen and audio are now being recorded. You can record a how-to video or any other type of video you want by talking alongside it.

Note: This function cannot be used to record streaming apps like Netflix, Disney+, or Amazon Prime Video. Doing so violates their terms and conditions.

In your upper left corner, there is a red status bar where you can stop recording. By tapping “Stop,” you will automatically save your recorded video. The record button can be tapped again if you want to end the screen recording.

5. How to Screen Record Longer Videos On iPhone 11 Pro?

Making short videos with Control Center is generally the way to go. You can record them for as long as you like, at least until you’ve filled up the storage on your iPhone.

The recording ends automatically, however, if you turn off your iPhone screen. Go to Settings, Display & Brightness, and select the time you’d like the computer to automatically lock.

Swiping into Control Center, tapping one button, and then simply tapping another end of it makes this so convenient. Within moments you can create a video that illustrates a singular iOS feature, illustrates a single point, and send it to someone.

Perhaps you’d prefer something more elaborate. Show them a huge application downloading over cellular that takes a long time. The iOS Camera Roll editor didn’t allow you to skip in the middle, for instance. You could only cut the beginning of the end.

The screen may also need to be annotated. Alternatively, you could pause it while you are recording yourself describing some detail.

By recording every part you need in Control Center and editing in iMovie, you can do much of this. For elaborate screen recordings, though, it’s better to use Mac’s separate recorder.

You can close QuickTime Player by pressing the square, black, stop buttons. Unlike the iPhone, it does not automatically save so you have to choose File, Save.

Video editing is not as complex in QuickTime Player as in Camera Roll on iOS, but you can open it in iMovie again.