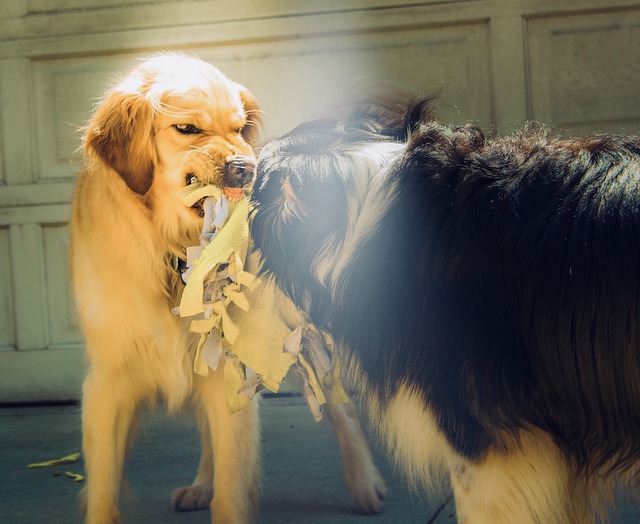 The rabies virus attacks the brain and spinal cord and is incurable. Both dogs and humans can contract rabies.

When the symptoms of rabies appear, the virus is fatal, even if it’s preventable and treatable if caught early. So In this article, we show you how To Tell If a Dog has Rabies?

A rabies virus attacks the central nervous system. It is only found in mammals.

Human cases of the virus are extremely rare in the United States, but if untreated before symptoms appear, it can be fatal. The mortality rate of Rabies is 99.9%, the highest of any disease on the earth. When you think you’ve been exposed to an animal with rabies, get treated right away.

Rabies is usually transmitted by deep bites or scratches from infected animals. The United States has only a few wild animals that carry rabies, such as coyotes, raccoons, skunks, bats, and foxes, but nearly all humans with the virus get it from pet dogs. Vaccinating your pets is the best way to prevent rabies.

What are the symptoms of rabies?

A bite or other exposure to rabies will not result in symptoms until the rabies virus reaches the brain. Incubation can last for weeks or months between the exposure and the onset of symptoms. Rabies virus types, exposure sites, and immunity may affect the incubation periods.

Symptoms of rabies can easily be confused with those of the flu, which include general weakness, fever, and headache. After the symptoms subside, the condition may recur.

Within days of the bite, symptoms including cerebral dysfunction, anxiety, confusion, and agitation may appear. This is a delirium-like condition accompanied by hallucinations, delirium, hydrophobia, and insomnia. It usually lasts 2 to 10 days during the acute phase. Rabies symptoms almost always lead to fatality, and the disease is typically treated with supportive care. The number of human survivors of clinical rabies is currently less than 20, and few of them received prophylactic treatment before or after exposure.

Rabies in animals is markedly different from that found in humans but exhibits many of the same symptoms as human patients, including early nonspecific symptoms, acute symptoms of neurologic damage, and death.

What animals are at risk of getting rabies?

Mammals are only affected by rabies. They have warm-blooded bodies and fur. Even humans are mammals. The rabies virus cannot spread from birds, snakes, or fish to humans.

Humans are susceptible to rabies, as any mammal can contract it. About 55,000 people in the United States are treated for post-exposure prophylaxis (PEP) each year after receiving a bite or scratch from an infected animal or suspected animal. Rabies is a rare disease, with only one to three cases reported annually.

In the United States, rabies vaccination laws require dogs to be vaccinated for the disease, and dogs only represent about 1% of rabid animals that are reported every year. However, there are still many countries where dog rabies persists. Humans who die from rabies are almost completely exposed to rabid dogs. Exposure to rabid dogs outside of the United States is the second most common cause of rabies deaths in the country.

How to tell if a dog has rabies?

Rabies (if the dog does indeed have rabies) is usually at an early stage if the dog displays the above signs. You need to make sure that it’s seen by a qualified vet to limit the risk of the disease progressing. A severe case of rabies includes heightened sensitivity to sound, light, and touch, inability to close the mouth, excessive drooling, and heavy breathing. Please do not let your dog succumb to rabies. To learn more about rabies, you should contact us at Hudson Veterinary Hospital right away.

How can my dog get rabies?

The rabies virus is secreted in saliva, so it is typically transmitted through bite wounds from an infected animal. The virus can enter the bloodstream if a bite breaks the skin. It can also spread by licking an open wound that is exposed to the saliva of an infected animal.

In dogs, rabies is most commonly transmitted by wild animals such as bats, raccoons, and foxes.

About 400 to 500 cases of rabies are reported each year in domestic pets such as cats, dogs, and ferrets. As rabies is 100% preventable with vaccination, rabies is not particularly common in dogs in the United States.

How is rabies treated?

It is important to realize that rabies cannot be treated. Once an infected pet is present in the house, there is no cure.

What is the best way to prevent rabies?

Rabies can be prevented. In order to prevent rabies and other illnesses, pets must be vaccinated on time. Many states require it. Consult the vet about the dog or cat’s vaccinations and when to administer them.

Vaccination not only prevents the pet from getting the virus, but it also prevents him from spreading it. Use this time to get your pet vaccinated and focus on what the pet needs. After a dog bites a human, a waiting period of 10 days is required to determine if rabies has developed. Euthanasia or a longer quarantine might be required if their vaccination records aren’t current.

It is important to be aware of the signs that a pet has been infected with the virus. It is different from other illnesses because it comes on fast. When possible, keep them fenced in or walk them on a leash to prevent them from getting into trouble with wild animals. Supervise them while they are outside to prevent them from becoming infected. These options may be the best way to keep them safe.

What are the risks of contracting rabies?

Generally, most people have a low risk of contracting rabies. You might be at higher risk in some situations, however. Here are some examples: