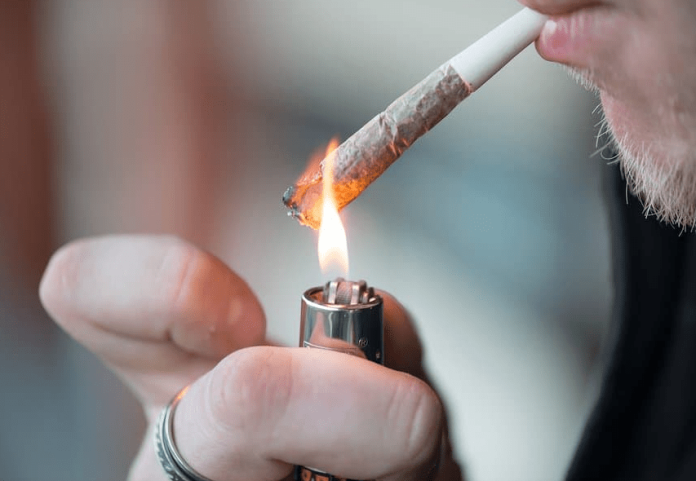 According to a number of studies, marijuana use is increasing as its popularity grows. Nowadays, weed is not a taboo substance in many social circles any more than drinking alcohol.

In some cases, people who are close to those people who are using marijuana every day don’t know that they are doing so. There are signs of marijuana use that you should be aware of in order to be able to judge whether or not someone close to you is using the drug.

Cannabis and its various products are used in many different ways today – from cigarettes to edibles, to a variety of oils that can be vaporized or added to edibles. While some forms of using cannabis are more easily discovered than others, others are less detectable. We will tell you exactly “How To Tell If Someone Is High On Weed?” Check it below!

How To Tell If Someone Is High On Weed?

The differences between CBD, THC, and CBN

According to NIDA, tetrahydrocannabinol, or THC, is the chemical component of cannabis that exhibits psychological effects, including a “high” sensation; this chemical can cause hallucinations and interfere with memory, mood, movements, concentration, and sensory perception. Medicinal marijuana with THC can be used for treating PTSD, glaucoma, cancer, ADHD, anorexia, and HIV/AIDS as well as other conditions. 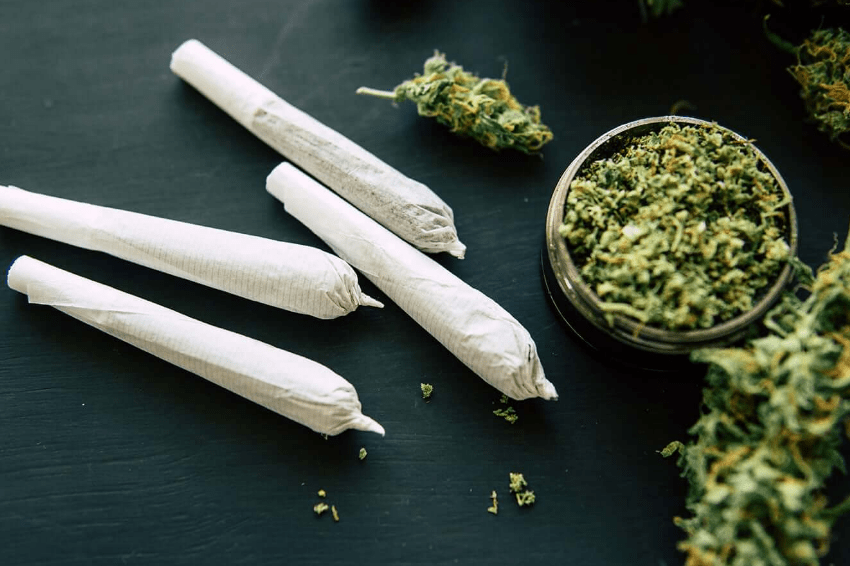 There is another cannabinoid in the cannabis plant called cannabinol, or CBN. Berkeley Patients Group, a California dispensary, says CBN is a non-narcotic analgesic and antioxidant that works somewhere between CBD and THC. In addition to its mild psychoactive properties, this element is calming, and it has powerful pain-relieving properties; it can help reduce inflammation, and it does so without harming the kidneys.

Among the many nicknames for tobacco cigarettes rolled with marijuana are doobies, blunts, joints, and spliffs; the substance can also be consumed via bongs, pipes, or edibles such as gummies. Among the slang terms related to this are getting baked, stoned, blazed, or wasted; getting burned one; puffing the magic dragon; a hit; toking; waking up; and being toasted.

The terms evolved when people wanted to avoid getting caught with illegal substances, according to David Bienenstock, former editor of High Times and author of “How to Smoke Pot (Properly): A Highbrow Guide to Getting High.”

The language of underground cultures is often coded, according to Bienenstock. “Every word has a different shading,” he explains.

How Does Being High Feel? 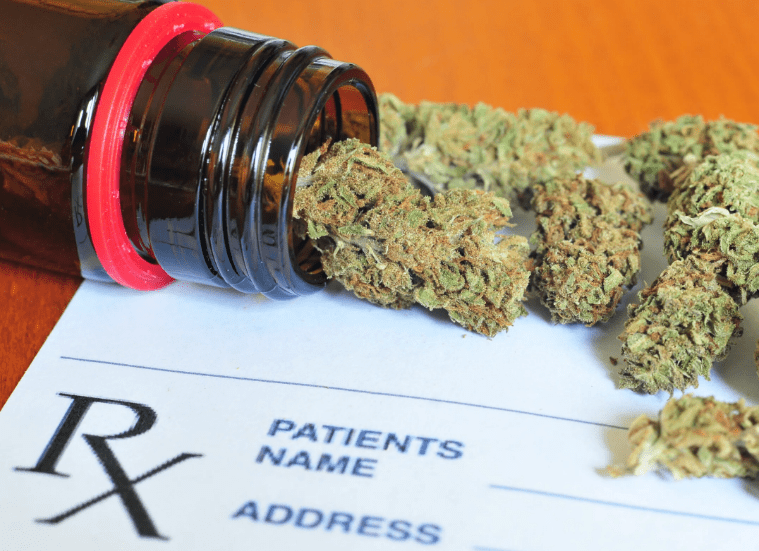 You may ask yourself if you’ve never been high before, how does it feel to be high? Everyone reacts differently to marijuana regardless of how they reacted to marijuana in the past. Simply observing that someone else has the same signs you have won’t suffice.

There is no straight answer to this question because cannabis highs are different from other highs. A variety of factors influence how people experience marijuana, including where they use it and how often they use it. Their bodies and minds may also react differently.

High people typically experience some of the following symptoms:

What are the Signs of Marijuana Use? 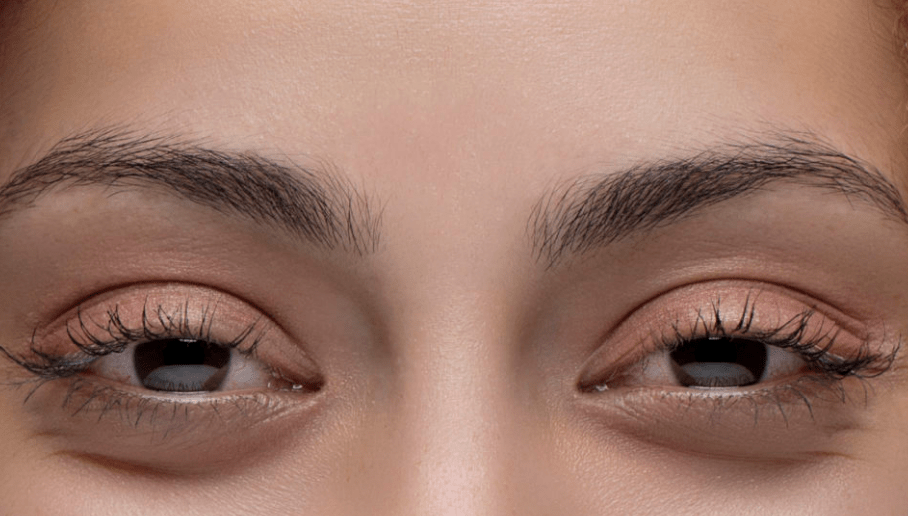 Consuming marijuana makes brain cells slower at communicating with one another. The calming and relaxing effects of marijuana are commonly attributed to its chemical composition.

When smokers experience bloodshot eyes, redness in their eyes, slowed reaction times, a stronger appetite, and decreased muscle coordination, they may experience a range of symptoms. In some cases, moods can change suddenly from calm to tense. Marijuana can also trigger abrupt anxiety symptoms, such as panic attacks and hallucinations, in addition to the acute effects of anxiety.

Additionally, marijuana has a distinctive smell, which is often described as “skunky.”. When someone has just used marijuana, they will likely have a strong fragrance of marijuana on their clothes or hair.

People can become dependent on the drug and it can become a priority in their lives.

Frequently asked questions about If Someone Is High On Weed?

When someone is high, don’t do these things?

You may feel overwhelmed and scared when you’re high. When someone is high, it’s best to stay away from them. Avoid the following when a person is high:

By encouraging your loved one to drink water or eat something, you can reassure him or her. When the individual appears to be dangerously high, he or she may have to be taken to the hospital for treatment.

How to Help a Loved One Seek Treatment?

Your loved one may be suffering from substance use disorder (SUD). Here are some steps you can take to help them.

1: Put an intervention in place

Addicts and loved ones engage in structured conversations during the intervention. A specialist oversees the conversation.

An intervention can also mean expressing one’s concerns and feelings to the family and friends of the addict. Usually, if counseling with the addict does not work, group interventions are the next step.

Interventions enable addicts to understand the impact that their actions have on both themselves and the people they care about. Recovery should be provided to those struggling with addiction, detoxification, and rehabilitation.

Having recovery goals and expectations after an intervention is crucial for the addict. Any possible consequences should be imposed on addicts who fail to adhere to treatment.

As a consequence of this, you can take your children out of your care. Intervention parties should quickly enforce these conditions if necessary.

There is a possibility you will have difficulty finding the right healthcare treatment for a loved one. An individual’s specific requirements should be taken into account when looking for a treatment center. With the help of some resources, you can research substance abuse treatment options.

It is important to note that marijuana is not necessarily safe for everyone, even though its popularity is growing. It is possible to become dependent on weed, just as it can with many other drugs. U.S. treatment centers are seeing thousands of patients every month because of marijuana abuse.

Whenever you or someone you know is unable to control their marijuana intake, it’s a good time to gain support from a treatment center. Your options for overcoming addiction can be discussed with a certified rehab center.